Going viral is the holy grail of digital marketing. The idea of hundreds of thousands or even millions of people organically viewing your stories sends us marketers dizzy with joy. Sadly, it’s notoriously difficult to achieve, especially in Finland with its small population. One criterion is to create your content in English, as we do for Very Finnish Problems and as Tieto, the Nordics’ largest software and service company did for their now notorious sing-song Value for Life video.

Reportedly produced for internal reasons, Value for Life is filled with good intentions and wonderfully obscure lyrics. There are “no options for duality” and “old is where we come”. Tieto also “take the ball to the build” and while I have no idea what that means, it’s certainly conjurors up an intriguing image. Yet despite its unusual lyrics, hit and miss singing and awkward style of production, reminiscent of an episode of British comedy classic The Office, Value for Life is a huge win for Tieto. Of course, the company themselves may not currently view it like that, but there are plenty of reasons for them to be cheerful.

A chance to hit the magic million mark

Firstly, while Tieto has produced beautifully sleek corporate videos with hundreds of thousands of doubtlessly paid for views, most of the videos on their YouTube channel have hundreds, maybe a few thousand views at best. Thanks to its addictive nature (I’ve watched it at least a dozen times) and insanely catchy tune, Value for Life could eventually even hit the magic million mark.

More fun for everyone

What’s more, as you’d expect from a Finnish tech company, Tieto currently has a very tech heavy and somewhat dry image. Not anymore. Value for Life has given me, and the rest of their ever-increasing audience a totally new perspective on the company. Now people get to see a more human side beyond the carefully crafted corporate branding. This is not only good for business (after all people buy people), but for also for recruitment. At Reddit, where the video first got noticed, the main demographic are uni-educated tech-savvy young guys. These potential new recruits now have a very different impression of Tieto.

I think this is brilliant! Funny, self-depreciating and brave. The video quality, English, etc… has to be intentional. At least it’s different than the normal, sleek, ad-agency corporate blah blah.

Tieto has also given their employees a taste of internet stardom, which has got to be good for moral. Finns by their very nature don’t often let themselves go, karaoke being a notable exception, so when they do it’s compulsive viewing.

Finally, they’ve also spawned a whole new genre of music, the Value for Life mega mix. This just showcases the creative wonder of the internet. You throw something out there and people work their magic to transform it into something amazing. Currently, there are two on YouTube, but I’ve no doubt there’ll be plenty more to come.

It’s for these reasons that I totally disagree with the idea that “someone’s getting fired for this.” Whoever made this should get a pat on the back, a lifetime karaoke pass and the chance “to take the ball to the build”. They’ve put a smile on countless faces and made their audience feel good about the world. In these challenging times that really is “value for life”.

Joel Willans is Co-founder of Ink Tank Media, the Editor of Inktank.fi  and creator of Very Finnish Problems. Since 2010, he’s created content strategies for companies as diverse as Nokia, Microsoft, All things Moomin, Rovio, F-Secure and Sports Tracker. He’s also the author of  SPELLBOUND: Stories of Women’s Magic over Men, and has had his prize-winning fiction broadcast on BBC radio. You can find him on Twitter 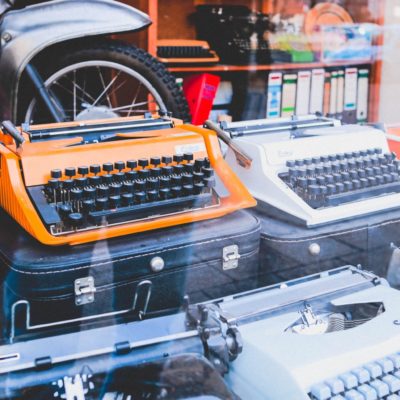