Previous Blog article: 5 foolproof tips for making yourself a public speaking superstar Next Blog article: Demystifying the Darknet: All you need to know about the underground internet

What’s like running water, only delivered directly to your hands? Is it your hand perspiration following an early morning coffee binge? No you dummy, it’s the internet! On your smartphone! But just like running water, the internet relies on complicated infrastructure. The fact of the matter is that the internet is a network of networks: privately and publicly owned machinery that speak the same language even when their owners do not.

This interconnection can seem magical, universal, global and instant. But it does so only until the moment something goes wrong, or the laws of physics – or computing – pose limits. Even in the best of conditions, when no one cuts one of those crazy long undersea fiberoptic cables, geographical distance, bad software and high level peering agreements can affect how fast different parts of the Internet can talk to each other.

This is where the The RIPE Atlas project comes in to help figure out where the bottlenecks are – to the benefit of everyone! It’s free to participate, and you get the gadget pictured above in the mail! 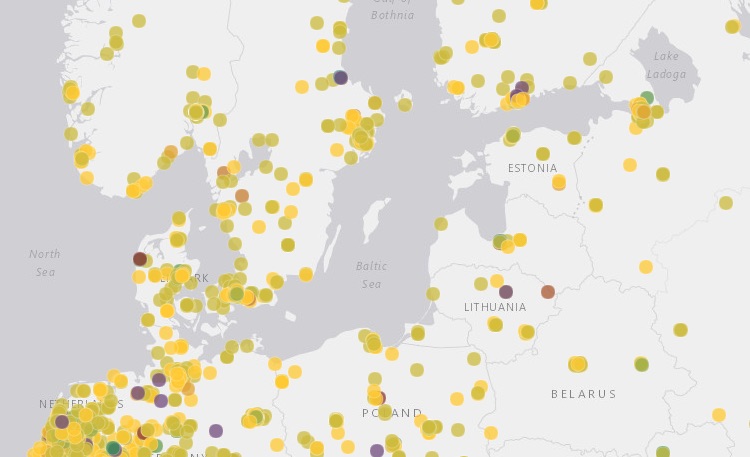 RIPE Atlas builds a network of small devices that measure the quality of interconnectivity between parts of the Internet. In addition to cool maps, the project lists several studies performed with the gathered data. Want a nice example of what the project has accomplished? Check out how RIPE Atlas data was used to speed up access to Wikipedia across the world. All this is done by RIPE NCC (Réseaux IP Européens Network Coordination Centre), an organization that helps run infrastructure behind the European Internet.

If you’re the kind of person who read this far, you might ask yourself how you can get in on RIPE Atlas. It’s actually quite easy: you can participate in the project for free by applying for a “probe”, a tiny, USB powered device you attach to your network. The probe then runs simple network measurements, such as pings, to systems in different regions and files the results for statistical analysis. For participants, the device requires very little effort to install and run: once plugged in to a network, it just sits there and receives automatic firmware updates from the project as needed.

If you order a probe, you do commit to running it. Considering how easy it is to do, it would definitely be rude not to follow through. In the application form, you should be prepared to explain why you can add to the project, and data such as the Autonomous System Number (ASN) of your isp, which you can find out here. In my own application around 18 months ago, I remember writing pretty much that I care for the project’s goals and that my hometown Helsinki has less probes than Stockholm. Basic national rivalry got me my first probe! 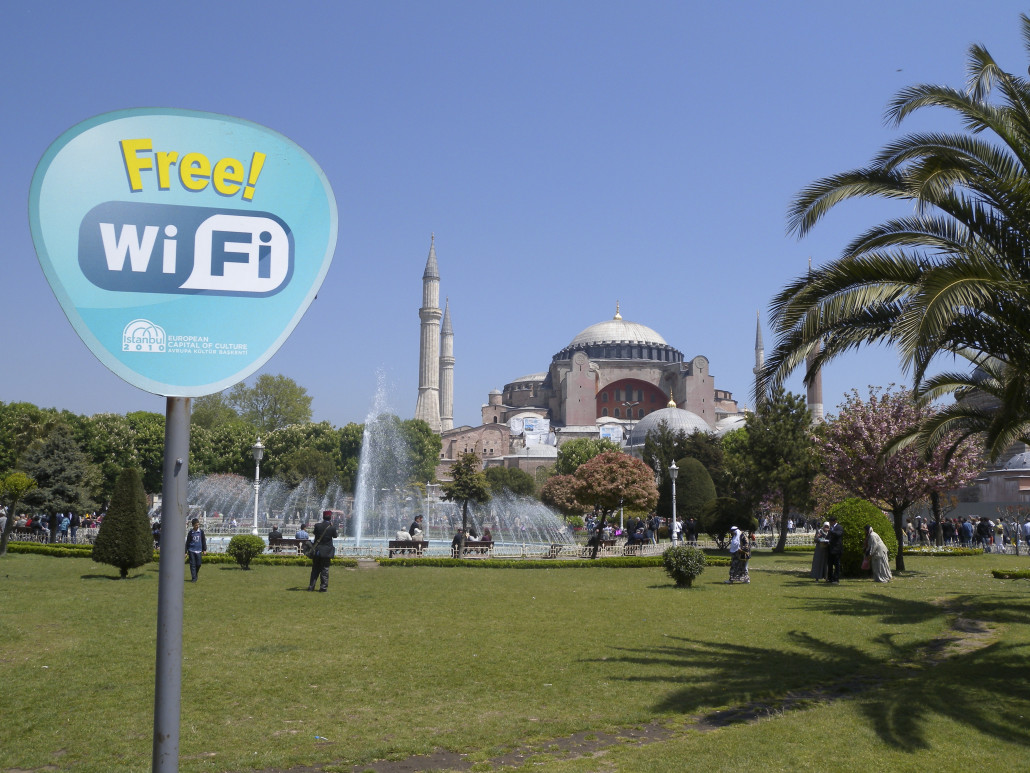 RIPE Atlas is automating the nerdy habit of going to interesting places on vacation and pinging your home server. Photo credit: Jerome Bon.

What’s in it for you?

Project participants get information on the performance and reliability of their internet connections and “credits” that can be used in exchange for running limited measurements across the Atlas network of probes, such as pings and traceroutes of specified addresses. This is definitely not without its uses if you’re responsible for any kind of networking or servers. Each probe also gets an optional public status page, like this one.

Participating in the Atlas project is also a good way to ask yourself some practical questions about secure network operation practices. I trust that the software on my RIPE Atlas probe doesn’t intentionally spy on my network connection and that the platform is better maintained with critical software updates than many consumer products. Still, it’s Someone Else’s Computer, on your network.

Have you built your business or home network in a way that allows isolation of “Internet of Things” devices you don’t have full control over? Do you have a guest network you can use? It’s not too fetched to imagine that a utility company, landlord or insurance company would ask you to install a random smart meter, intrusion alarm or security camera that relies on your internet connection. If you wouldn’t want to install any of those things on your private home or office LAN (you shouldn’t), now’s a good time to figure out how to segment your small network!

A RIPE Atlas probe is more useful if it’s placed off the beaten path, both geographically and topologically. On a global scale, South America and Asia aren’t super well covered by the project at the moment. Which is to say, that users of small, local ISPs, have especially good reasons to request a probe. So are any non-typical, wireless home or business broadband connections. But if you’re interested in the project, you should probably apply and let the project figure out if they want to send you a probe. 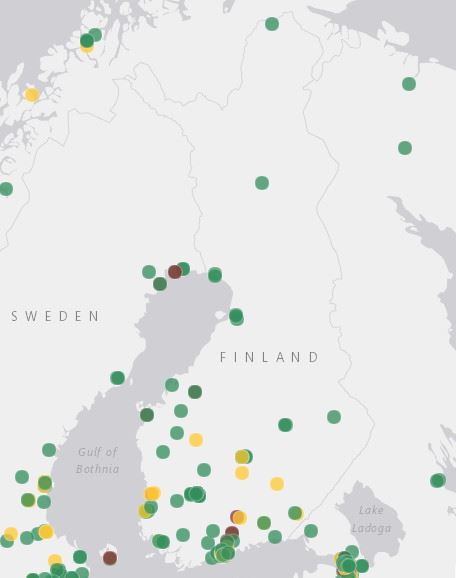 RIPE Atlas probes in Finland as of March 1 2016. Most places north of Helsinki could use more probes! Source: RIPE Atlas

Not convinced yet? Let’s make this local. There are some probes in Southern Finland, but less so in our country’s rural areas, and relatively few even around cities further up north. If you live outside the “busy” parts of Finland (or any country) and maybe rely on wireless internet, RIPE Atlas is probably interested in measuring your connection! You should be too!

Here’s a recent topic of conversation here in Finland. The closing of the postal office in the small, northern town of Sevettijärvi sparked outrage, including a campaign that encouraged the public to send post cards to the town. To further illustrate the trend, maps illustrating the “unequal” driving distances to essential services around Finland were circulated on social media. It’s also worth pointing out that the fate of Sevettijärvi town is connected to the treatment if the indigenous Sami people, the history of which is a less than flattering affair for the Nordic states.

While I personally am quite convinced that urbanisation is a good thing that needs to happen, I can imagine the social consequences of rapidly declining services in rural areas. As remote areas suffer through further decline in local services, good internet connectivity becomes an essential – or even the only lifeline. While I’m circumspect about describing technology as a silver bullet for social issues, keeping an eye on the quality of internet infrastructure seems like an underestimated responsibility in communities. A project like RIPE Atlas can be valuable in how it collects data over time: it’s a research project that can demonstrate trends in scientifically significant ways that may be valuable for backing policy reforms.

Not being able to see a doctor remotely over a 4K video link in 2025 may actually be one of the final nails in the coffin for some rural communities. Nearby tourists not being able to reliably monitor their homes in Ohio or Guangzhou may be the hammer that drives the point home. 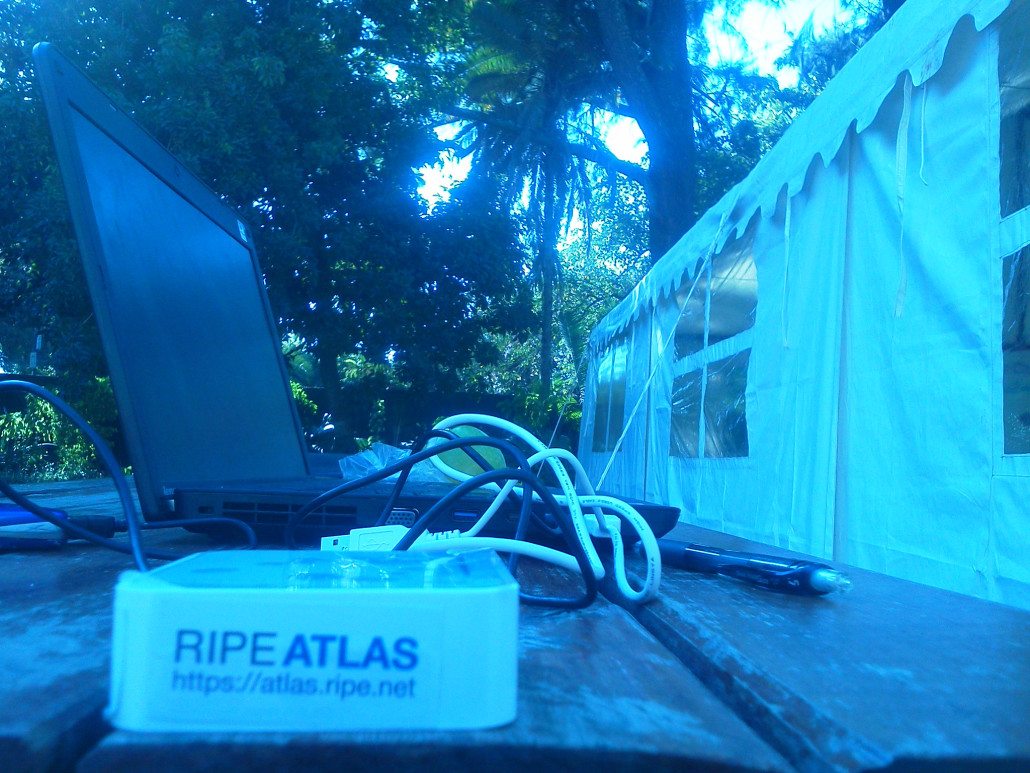 Become a Guardian of the Internet

There you go: making sure your connection to every part of the world is good isn’t only beneficial for you and other clients of your ISP. In a way, RIPE Atlas participants become watchdogs for the quality of Internet access on behalf of their local communities, regions and nations!

The probe can run both run on a bridged connection and get an ip from the ISP with dhcp. But it’s perfectly fine behind several layers of NAT or firewalling when needed! So if you’re the kind of person who might consider running a home server on something like a Raspberry Pi, you’re probably more than equipped for RIPE Atlas.

If you’re interested in a low-friction way of learning more about networking through a device you ulitimately don’t maintain yourself, you should still consider participating in RIPE Atlas at your home or office network!

Thomas Nybergh is a Digital Producer and writer for Ink Tank Media. Passionate about user-centred design and culture, he’s spent a decade working at the crossroads of technology and marketing. He can be found sharing his thoughts on both on Twitter